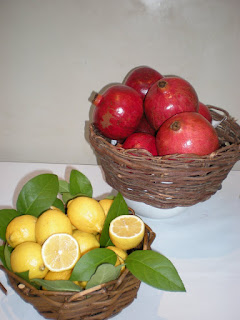 The day was approaching when I would begin the BluePrintCleanse and prepare for my upcoming colonoscopy. I had already been nervous about experiencing a full day of a liquid diet as per doctor’s orders. On a normal day, if I go too long without food, I might get wobbly legs and feel faint. So I decided to make it easier on myself by slowly eliminating coffee, meat and dairy. I don’t eat a lot of meat anyway, so that wasn’t a problem. I started eating more fruits and vegetables and less cooked and processed foods until the day before the fast, when I only had raw fruits and vegetables, water and tea.

BluePrintCleanse has three levels of cleanses: Renovation (Level 1), Foundation (Level 2) and Excavation (Level 3) and one can do a 3-, 5- or 6-day cleanse. Although I did a cleanse on my own several years ago, I’m still a novice so I chose the less intense Renovation cleanse. You start the cleanse the day following delivery of the juices which come in small purple cloth coolers, to guarantee freshness for exactly three days. (If you do a cleanse longer than three days, the shipment for the next two or three days of the cleanse, will come later.)

I was also sent three emails. The first came before the shipment, with information on the upcoming delivery and instructions on how to prepare for the cleanse for a "smoother transition." Tips included phasing out coffee, sugar, meat and dairy, and adding fresh fruits and vegetables to meals. "No farewell-to-solid-foods-with-a-steak-and-martini dinner the night before you start," the email warned. "You won’t be "a happy camper by the end of Day One." Storing up on food had crossed my mind because I thought I’d be faint by the time I needed to get to my doctor’s office.

Another email came from BCP the day before the cleanse, with a sample prep menu and more instructions on how to begin the cleanse, such as starting off the first day by drinking hot water or hot water with lemon, to "wake up the system and get things moving." The Halflytely bowel prep kit that my doctor had me using to prepare for the colonoscopy took care of that, and I wasn’t "a happy camper."

The juices are numbered and I was instructed to follow the order they had set up, for easy digestion and maximum absorption of nutrients. Just in case I "just had to chew something," they included a list of approved foods for cheating. BCP also shared suggestions for flushing the system: drinking water, green tea and herbal teas, and if you are having trouble, they suggest adding flaxseed oil to the juices or using herbal supplements. They had other tips to assist with getting the full benefits of detoxification, like having a massage to help the toxins move through and out of the body, exfoliating the skin to rid it of dead cells, and colonic hydrotherapy after the cleanse.

I thought I would be a shaky mess after my doctor’s appointment on Day Two of the cleanse, but I only needed to munch on a couple of celery sticks on the way home, and frankly, I just think I talked myself into it because my body really wasn’t reacting to hunger. There were a couple of moments in the late afternoon and in the evening just prior to bedtime, however, when I really craved solid food, but it passed.

The last day, Blueprint sent information on how to ease out of the cleanse by avoiding foods that are dense (which are the hardest to digest) and included a sample menu. I regret not following the cleanse to the letter ("The closer you stick to it, the better the results will be," they wrote). I went off the plan early because I had not factored in a party on New Year’s day, which happened to be the day after the cleanse was to end.

I ate raw foods on Day Three, and then the following day I introduced a very small amount of cooked foods. If I hadn't had the party to attend, I’m sure I would have stuck to a mostly fruit and vegetable diet, and probably would have eliminated meat for quite some time. I hate to admit it, but even though I started off the day with a salad and avocado, I succumbed to the delicious meal my host had prepared. I guess I undid my cleanse with potato chips, shrimp with sauce, mac and cheese and Cornish hen. I know the Blueprint people would cringe. ("Listen to your body, it will tell you what it needs," the email advised. "Light fruits and vegetables? Great! Meat and potatoes? Well, now that’s just silly.") My body reacted slightly with a wave of nausea that passed quickly. But I knew better than to have seconds or dessert. 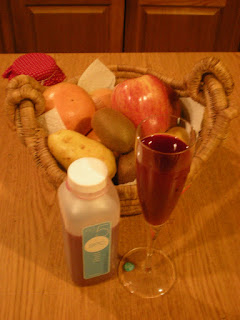 Even though I somewhat botched my three-day cleanse, after going back to solid foods, I realized that my nose had started to run, I needed to use my asthma inhaler at one point, and I felt a bit sluggish, none of which occurred during the short detox. My skin also felt a lot softer and I didn’t need to lather on the lotion, since my body had been sufficiently hydrated from the inside by all the juice and water. Imagine how I would have felt if I had completely followed the Blueprint program.

Two days later I was back to fruits and vegetables, juice and water, and I plan to buy a good juicer and make juice cleanses a part of my health regimen. You can bet that when I do a cleanse again, I will make sure there aren't any functions scheduled that will impede my goals. I'll also take BluePrint's suggestions and aid my body's detoxification with massage and exfoliation. I was much too concerned with the looming colonoscopy, to fully engage in the process. As for a colonic, well, that will never happen. It was bad enough doing an enema!

BluePrint is a bit expensive ($65 per day) but the fresh juice is delivered to your door (it’s now also shipped outside of the New York area) and provides the nutrients you need. The company uses the Norwalk Press which they say is the most nutritionally complete method of juice extraction and extracts three to five times more vitamins, minerals and enzymes. Use of this method is also why the juice stays fresh longer and can be shipped to customers. I enjoyed the taste of most of the juices. Juice #5 (apple, carrot, beet, lemon, ginger) and #6 (filtered water, raw cashews, agave nectar, vanilla bean and cinnamon) took some getting used to, but I adapted pretty quickly.

Juice cleansing is not a program to lose weight, although some people do lose weight during the process, but if that’s the sole reason you are doing it, you might be disappointed. The true benefits of fasting is to eliminate toxins from the body that come from certain foods (processed foods and non-organic produce that might be contaminated with chemicals) and from the environment. With juice fasting you get the nutrients the body needs, and the body utilizes the energy not being used in the digestion of solid food, to efficiently and quickly eliminate toxins.

You should consult your doctor before doing a fast of any kind, especially if you are on medication or have other health issues. For example, this cleanse is not recommended if you are diabetic or on blood thinners.

For more information email info@blueprintcleanse.com, call 212-414-5741, or visit the BluePrintCleanse website.
Have you done a cleanse? If you've tried BluePrintCleanse or any other kind of fast or detox program, I'd love to hear about your experiences.
Posted by Gerrie Summers at 11:51 PM